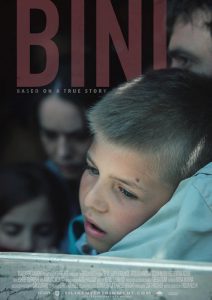 At the outbreak of the Kosovo War, six year old Bini is only thinking about his most prized possession, a piece of candy. When suddenly he and his family are packed into a crowded truck and faced with life threatening obstacles, Bini learns that candy may not be the only thing of value he loses that day. 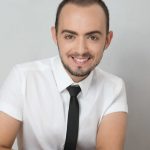 Born in Peja, Kosovo in 1992, Erblin has been taking acting lessons since he was ten years old. His passion for film grew after following the footsteps of his sister who is also a professional actress. Among many passions, Erblin was a ski racer throughout his high school years. In 2010, him and his family moved to the United States. Erblin recently earned his B.A. from George Mason University where he studied film with a concentration in directing, and a minor in photography.

When I was six years old, my family and I, along with thousands of other families in Kosovo, fled to a refugee camp in Albania to escape ethnic cleansing by Serbian forces. When we returned many months later, we found our once-beautiful city ravaged. Homes had been looted and burned. The parks and playgrounds were destroyed. Our one and only movie theater decimated. As a child, I turned to creativity as a means of coping with the trauma, and I soon discovered the magic of storytelling and its transportive power. As an artist, I want to tell stories with the intention of helping to heal others. With BINI, I wish to do the same. I want people to see the innocence of children during war and how the actions of adults affect their future. I was just a boy who didn’t understand what was going on around him and because of it, I focused on protecting a piece of candy in the midst of chaos. Those who start war do so, in part, because they want something no matter what. My films intend to explore the darkness in adults and its origins as jealousy in children. I will continue writing from a place of experience and learned mistakes. Translating them into my films is important because I want to make films that educate, inspire, and empower people to not hurt themselves and others.