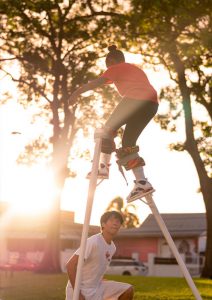 Trinidad and Tobago is home to over 7,000 asylum-seekers and refugees. Set against frank conversation about diversity, Lifted follows the highs and lows experienced by a refugee, Venezuelan, family as they journey through Port-of-Spain, and encounter a group of Moko Jumbies (stilt-walkers). 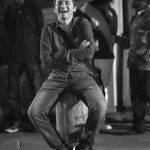 Miquel Galofré is a documentary filmmaker born in Barcelona and based in the Caribbean. He has worked as a Director, Producer, Photographer and Editor for more than 25 years. With experience in television, commercials and feature film production, he has traveled extensively and filmed on location around the world. He has done 10 documentaries in the Caribbean getting 35 international awards. Miquel is now the creative director of T&T ROCKS a video production company based in Trinidad.