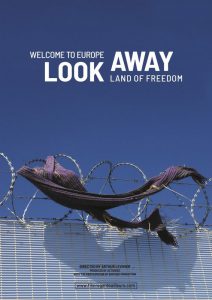 Europe, rule of law and welcoming land ? Look Away reports on what is happening in many cities across Europe by taking the example of Calais. From the demolition of the “jungle” back in October 2016 to the situation one year later, Arthur shared the everyday life with men and women originally from Sudan, Afghanistan, Ethiopia, Eritrea and Calais citizens. Highlighting the difference between real life and official statements, this documentary shows the strategy put in place so the exiles would not want to stay there. With unconventional filming methods and the civic eye, the director managed to get footage of the State harassment, the media stage management, but also the mental strength and the sense of humor of the exiles. 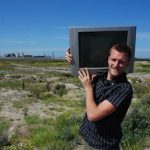 After 5 years of higher studies and an engineering degree in my pocket, I went on a trip in South East Asia and discovered a passion for filmmaking.

I started making small travel videos as a hobby during the trip in Asia and then went to Australia and did my first long length documentary. Even though this film was nearly done, I have put it on pause to join the activists network in Paris during COP 21. At that time I made small activists videos and published them on my youtube channel Activideo.

Step by step, I met other young filmmakers who just like me follow social movements and can’t stand the disinformation of the mainstream media. Activideo got transformed into a collective with its first movie : Who are the rioters ?, who gets more than 159 000 views on Youtube.

Once the movie was finished, I went to Calais in October 2016 to film the eviction of the refugee camp. What should have been a break of a few days ended up being a year long human adventure resulting in the movie Look Away (Regarde Ailleurs in french).