The look of the daughter of Osvaldo Bayer, Argentine historian and journalist, who has been in exile in Berlin / Germany, during the dictatorship of `76 in Argentina. Being a reference for the exiles in Europe, has fought against the indifference of the German government on the crimes committed in those years, by the Argentine military. A document in which the family life is seen highlighting the human aspect of the father with his humor and his coherence of his ideals, showing also the continuous search of identity of the daughter. 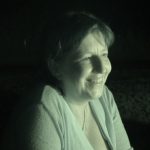