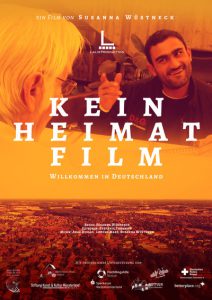 The film tells the stories of people who have fled and whose path lead them to a emergency accommodation of a small community in Münsterland in 2015. It’ll take several months until they’ll be able to finally start a new life in Germany.
Without the use of a commentary, the film shows all the spontaneous moments, the motives of escape, the difficulties and moments of happiness, attachment to one’s homeland, Fears, despair and acceptance of destiny, encounters, impatience and gratitude, giving the people who came to us an authentic
Voice. 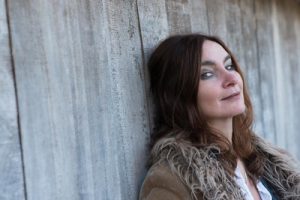 * born 26 March 1964 in East Berlin
* since 1969 playing accordion & later a lot of other instruments too
* 2000 one year trip across Europe, Africa, Australia und USA
* since 2003 self-taught work with film camerav& courses in amateur film-making
* producing documentary films “Ending Story”and “die Überleberin” [The Survivor] a.s.o.
* 2007 Presentation of „The Survivor“,a film about the life of my mother, Mrs. Dr. Hanna Behrend, a jewish woman from Vienna
* 2008 presentation of “Ending Story”,a film about my undergoing cancer treatment
* 2009 Präsentation of “Ending Story” at the congress of „DLH” (german leukemia and lymphoma cancer foundation)
* 2009 Presentation of “The Survivor” at documentary film festival
*since 2009 european folk with “MORANN”,songs from everywhere in the world & compositions from ourselves
*2011 Documentation “folk music wise” about a group of musicians with remarkable feelings for sounds, tales and varying moods
*2012 Documentation “till the end” – a documentary about one of the oncological nurses & the doctors ,who are working in the Helios Hospital in Berlin-Buch
* film premiere “till the end” on the “Lange Nacht der Wissenschaften” ( night of sciences) 2012 in Berlin.
* 2014 camera training at the Film School Münster & qualification of Masterschool for directing & producing of long documentary films at the film school Münster (lecturer in training courses Horst Herz)
* 2014 premiere “ride sharing – distances & encounters”
* since 2014 everywhere, where one would not expect us” in work – a film about disability, self empowerment, inclusion
*2015 documentary film “Ride Sharing Berlin- Münster”
* 2016 documentary film “I spy with my little eye” and “Love & Sex & Rock’n’Wheelchair”
* 2018 documentary „Keinheimatfilm“ („No Destination Home“)- welcome in Germany – a film about an refugee camp in a small german town