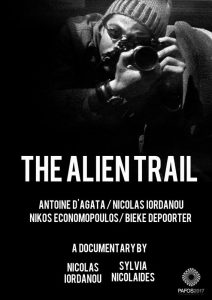 A documentary following four photographers who captured with their lens the migrant and refugee population in the Mediterranean island of Cyprus. Photographers Antoine d’Agata, Nicolas Iordanou, Bieke Depoorter and Nikos Economopoulos give their own testimony, share their experience and ethical dilemmas on how to document from their perspective, the migrant/refugee crisis. 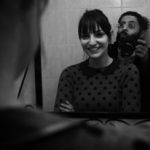 Nicolas Iordanou studied Fine Arts and Photography at Columbia College Chicago. Sylvia Nicolaides received her Bachelor’s Fine Arts Degree from Chelsea College of Art and Design London and her Master’s Degree in Audio-Visual Studies in the Academy of Performing Arts, in the Film and Television department (FAMU) in Prague, Czech Republic.

Nicolas and Sylvia started collaborating in 2011 and in 2012 they participated in the exhibition ‘Catharsis/Rebirth’ in Paphos, Cyprus and co-directed a short film presentation from it, which was selected and presented in the Louvre Museum in Paris as part of the Michelangelo Pistoletto’s exhibition ‘Annee Un – Le Paradis Sur Terre’. Since then they collaborated on various independent award winning film projects that were screened all over the world.

Flea Is the result of the dreams and hard work of a small crew who loves cinema in a country where there Is no facilities for filmakers in a very poor film Industry, we are very proud to present this shortfilm based on true events .