The Power of Passport 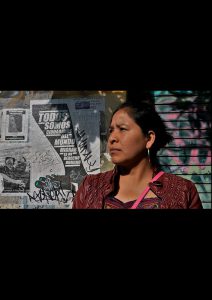 Maria, Petrona, Isabel and Sabina with her husband live in the Mayan-Ixil region of western Guatemala, a land torn by thirty-six-year-long-civil war and now depredated by big corporations.
Their dream is to find decent work in the United States.
Forced to migrate on the routes managed by coyotes because they are too poor, according to the United States’ requirements, to obtain a regular Visa, the protagonists blend their voices with tenacity to denounce the violence suffered by smugglers, narcotraffickers and national police during their journey across Mexico.
A tale of Central American migration, woven after the Dia de los muertos, which in a choral and symbolic embrace finally welcomes the characters and tries to heal their wounds. 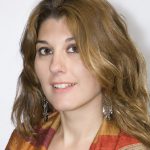 SIMONA CARNINO
She is a freelance reporter and a filmmaker.
Since 2015, she started to focus her work on environmental and migration issues in Italy and Central and South America by using storytelling and video tools.
She is an international aid worker as well. She worked with several Italian and International Ngo, as Amnesty international and she lived for some years in Latin American countries such as Peru, Bolivia, Venezuela and Guatemala.
In 2015 she wrote and directed “Aguas de Oro”, her first documentary.
In 2017 she wrote and produced the journalistic web-series “Passaggi- When foreign people make integration”.
In 2019 she wrote, directed and produced the documentary “The Power of Passport”.
He has published hers works on Internazionale, Sky, Corriere.it, Lifegate, Altraeconomica, among others.