The tank and the olive tree 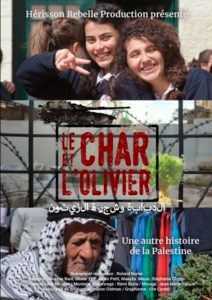 The tank and the olive tree recalls a number of forgotten fundamentals and sheds light on the history of Palestine, (what the media call the Israeli-Palestinian conflict), from its origins to today. Learn from the past to understand the present!

This documentary film brings together geopolitical analysis, interviews of international experts on the subject, historians people, Palestinian and French citizens.
Interviews are illustrated by numerous images taken in the occupied Palestinian territories (West bank) and in the Gaza Strip.

The film offers keys of understanding and wishes to rid the minds of clichés and received ideas!. The thank and the olive tree is educational and will try to interest again all those who the duration of the conflict would have discouraged … and no longer hear : “I do not understand anything”! 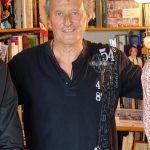 60 years old, lives next to Lyon, the city where cinema was invented. Selfmade film maker. President of an Art and Essay Film Association in the Lyon area. Passionate about cinema and geopolitics. Very involved in community life and local citizens. Very concerned about respect for International Law, Human Rights, and the defense of the environment. Activist in an anti-globalization movement.