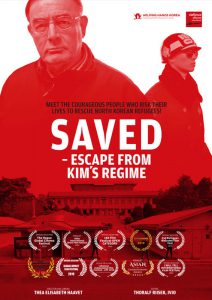 Andy and his mother tries to flee from North Korea, but the escape plan goes desperately wrong. After crossing the border safely, their guide does not show up as agreed, and they are stuck in the hillsides in China in minus thirty degrees weather. After three days without food or water, they are suffering from severe frostbite and almost freezing to death. Knowing the high risk of being discovered by Chinese border police and returned to brutal punishment in North Korea, they get onto a local bus and decide to venture into China on their own. On their way, they get unexpected help from a secret network of people, mostly Christians, called the Underground Railroad. Risking their own lives, these people provide logistical support to help bring North Korean defectors to safety. In this documentary we follow the stories of refugees from North Korean as well as the recognized human rights activist Tim Peters – who for two decades has worked to save as many North Korean escapees as possible through the Underground Railroad. 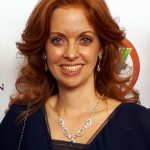 Thea Elisabeth Haavet has been working in national TV in Norway off and on from 1995 as a researcher, concept developer, reporter, director and editor for documentaries, docu-series, infotainment and other TV programs. She also worked on her own documentary projects from around the world. In 2014 she started working for Stefanus Alliance International, a Christian missions and human rights organisation, with a special focus on Freedom of Religion and Belief for all. As a film- and development producer, she has been traveling the world with a camera, as a one-person-crew, filming the stories of the persecuted in places like Iraq, Syria, Pakistan and Korea. From the summer of 2019, she will be working as an independent filmmaker again, developing her own projects.

When I first met Tim Peters in Oslo in 2017, I was amazed by the story of how he and his colleagues smuggle North Korean refugees to freedom.

Though I have worked with stories about refugees for two decades, it was the first time I heard about the treatment of North Korean escapees who have crossed the border to China – their only way of escape. Their unwelcoming neighbor repatriate all refugees they discover to North Korea, where they face certain imprisonment and torture. Not all survive.

The international recognized human rights activist Tim Peters helps these refugees to safety through what is known as the new underground railroad. This secret network is operated by Tim and others, and it is supported by ordinary men and women in China, who are willing to break their country´s law and risk imprisonment to assist the North Koreans.

I decided to bring my camera and go follow Tim and his colleagues in their daily work in Seoul. Because of security issues, it was challenging to find escapees who dared tell their story, but in the end I met Andy and his mother Minji, two refugees from North Korea with an incredible story. It is a story of redemption that would seem as far-fetched as fiction, but it´s all true.

Most people know that North Korea is the world´s worst abuser of human rights, but few know what to do about it. Feeling this helplessness myself, it has been fulfilling to highlight the story of a few people who do what they can to help.

This is a film about personal courage and the quest for freedom. These qualities are embodied both in the North Koreans who dare to escape their totalitarian nation, as well as the people who help the North Korean runaways flee China and reach sanctuary in free countries.

Like the many refugees lives that has been changed by Tim Peters tiresome work, I have been transformed by coming to know this hard-working, courageous and fascinating American human rights activist.