THE PIANIST OF YARMOUK 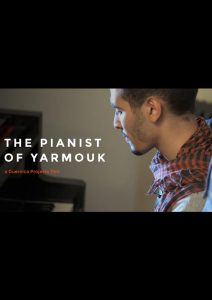 The real-life story of Aeham Ahmad: a classically-trained musician attempting to escape the war in Syria. Aeham rose to international prominence in 2014, after being filmed singing songs of peace amid the rubble of his beloved hometown of Yarmouk – a besieged Palestinian refugee camp on the outskirts of Damascus, Syria.

Surrounded by war, starvation and displacement, he sought to bring hope to the children of Yarmouk, and spread a message of friendship to the outside world. When invading fighters threatened his life, Aeham was forced to flee with his wife and children, embarking on a perilous voyage across land and sea. 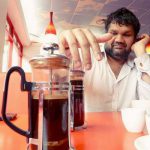 Vikram Ahluwalia (producer/director) is a creative consultant in the NGO sector, producing campaigns and events in support of human rights and humanitarian causes. He has curated major projects for Amnesty International, The Guardian and International Alert as well as a range of grassroots organisations. This is his first film.