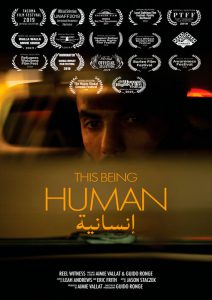 A portrait of a young Iraqi who left everything behind at 15, in a solo quest for a more peaceable future; Hameed’s salvation is education in the US bound by a big altruistic dream. 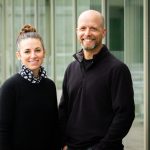 AIMIE VALLAT | Producer & Co-Director
For the past twenty years, I have worked as a social change agent in the non-profit and documentary film sectors. I’ve always been fascinated about how the human experience shows both our uniqueness and common ground. My interest in storytelling has taken me around the world; from the townships in South Africa, to a youth theater troupe in Serbia and interviewing Holocaust survivors in Poland.
Building on my bachelors degree in Visual Anthropology from Fairhaven College and a Masters in Communication from Antioch University, I created REEL WITNESS with Noah Dassel. Together we developed stories about sustainability, food security and our refugee community. We debuted our first documentary in 2015 with Present Moment, and Little Rebel was our first collaboration with Guido Ronge. ‘This Being Human’ was released in 2019.

GUIDO RONGE | DP & Co-Director
I was born in Southern Germany and developed a love of travel at a very early age. I relocated to the US in 1995 and began my career as a filmmaker starting as a camera technician, camera assistant and then transitioned to working as a Director of Photography. I have had the good fortune of working on a range of productions world wide including; corporate and feature films, commercials and documentaries.
Expanding on my desire to travel the world, I began focusing on  cross-cultural work opportunities,  like the collaboration with Soulcraft Allstars and EPIC. Seven years ago we started working on a long term documentary exploring the intersection of the local communities in southern Haiti and an endangered bird population, the Black Capped Petrel (Diablotin in Creole), in a film called ‘Save the Devil’.
Closer to home, I have been excited to team up with Reel Witness to shoot and co-direct a series of films on the refugee / asylum experience. This Being Human is our second collaboration.

Shortly after the US presidential election in 2016, the first Travel Ban was issued and barred individuals from entering the US from seven predominantly Muslim countries as well as banning any refugee trying to seek asylum. Upon hearing this news we were devastated, and then outraged that this could happen. We had always considered the US welcoming to those of diverse cultures, faith and identity. And with one of us an immigrant, we also felt this was unreal as well as unjust.

We decided as a team of filmmakers to highlight the story of a refugee in our Seattle community and in so doing, transformed our outrage into activism. We created our first short film, Little Rebel, to celebrate the achievements and fortitude of an exceptional woman from The Gambia, Isatou Jallow. Isatou is everything we want for a hopeful American; she is strong, brilliant, full of courage and also happens to be Muslim. Isatou has overcome tremendous odds to now be a PHD student in Law with a focus on access to education for the disabled in The Gambia. Little Rebel went on to screen at 30 film festivals around the world, earning 4 awards, and played at multiple community events throughout the country as well as used by academic institutions, non profit organizations and in The Gambia to help push through their first Disability Act.

Following the success of Little Rebel, and in light of the US’s continued political climate of intolerance, Reel Witness created our current film, This Being Human. This short documentary also explores the life of a young refugee who left everything behind in war torn Iraq at age 15 in a solo quest for a brighter more peaceable future. Now 22, Hameed’s salvation is also scholarship in Seattle bound by a big altruistic dream.

We at Reel Witness are committed to creating personal tales of resilience and humanizing the facelessness of emigration in these politically polarizing times, not just in the US but around the world. Like Little Rebel, these films have been made pro-bono and will again be gifted to any non-profit organization, church, mosque or institution passionate about creating dialogue around the refugee experience and building more tolerance to all those around us who help shape and create our global diverse community.