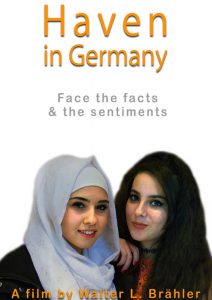 HAVEN IN GERMANY – A TEST OF HUMANITY
Pfinztal is a small town in Southwest-Germany. In October 2015 about 180 refugees moved into the communal housing in Pfinztal. Many citizens welcomed the refugees, helped them to get along, but for some the refugees seemed to be a threat. In this sense Pfinztal is an illustration of what is going on in Germany related to the “refugee crisis”. Haven in Germany follows a handful people for 1 year (dec 2015 – jan 2017) – refugees and Germans. The documentary screens a historic year, shows how the refugees change Pfinztal and how Pfinztal changes the refugees. Face the facts and face the sentiments!.

The daily BNN ( Badische Neueste Nachrichten) wrote in their film review: “Listening, watching, making up one´s own mind: this is a film without comments of the author, but especially this is the reason, why the film is so intense and powerful – an appeal for humanity, which thrilled the audience.” 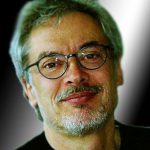 For many years senior correspondent of German TV channel 1 (ARD), of ARTE and DEUTSCHE WELLE, some years Foreign Correspondet in LATIN AMERICA, qualified as DoP and now with his own production facility: BOCKSTAL CROSSMEDIA, which is a producer of documentaries, corporate videos, cross-photos, 360° Videos and journalistic content.

I had to do this film, to counter racial, religious and cultural prejudices.