NENA & DAVE STEWART: “BE MY REBEL” 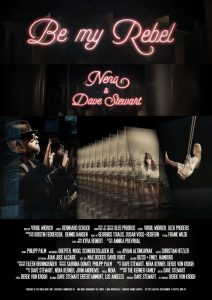 Children dream of what they will be as adults and adults dream about their childhood. But sometimes, when orderly life becomes paralyzed in routine, adults need the inner child to bring about change: “Be my rebel”, the first collaboration of the two music legends Nena and Dave Stewart, premiered at Nenas 40th anniversary on stage. The accompanying video by Oscar-nominated filmmaker Virgil Widrich transfers the story into a dreamlike, glass mirror world that is powered by Dave Stewart at the controls of his classic modular synthesizers. At the typewriter: Nena as an annoyed bookkeeper, who threatens to disappear soon with her flower dress in her flower wallpaper. But the inner dialogue works in both directions and soon takes effect: rebellion changes the past – and thus also the future. 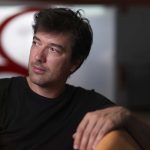 Virgil Widrich, born 1967 in Salzburg, winner of over 130 international film awards including an Oscar-nomination for his short “Copy Shop”. His most recent feature film is “Night of a 1000 Hours” (2016). In 2018 he directed his first music video “Nena & Dave Stewart: Be my Rebel” and produced the experimental short “Light Matter”. Virgil Widrich lives in Vienna, Austria.