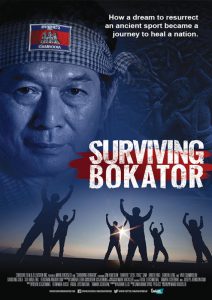 What started as a genocide survivor’s dream to revive an ancient sport becomes an inspiring mission to heal a nation.

Surviving Bokator is a powerful story about reclaiming cultural identity and building bridges between generations. Filmed over 5 years, it is told through the struggle of an elder genocide survivor to resurrect the ancient Cambodian martial art of Bokator and preserve it in the nation’s youth. Through their journey, the film gets to the very core of the generational fracture happening in Cambodian communities around the world today, between genocide survivors determined to revive and maintain traditional ways and Cambodia’s youth looking to forge anew. 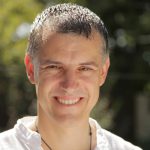 Mark Bochsler, Director / Cinematographer:
Mark Bochsler is an achieved Canadian cameraman and photographer, turned filmmaker. During his 25-year career, his work has been screened internationally at festivals including Cannes (2010, At Home By Myself… with You), and television (ARTE, Animal Planet, Discovery, CBC). He was also nominated for a CSA / Gemini Award (Fatal Deception, CBC, 2013).

Mark is a visual artist and storyteller fuelled by a passion to explore diversity and points of view through real human stories. He believes that stories about the human journey are the fabric of our time, and sharing them can bring much needed empathy to today’s fractured world.

Mark currently resides in Toronto, Canada with his partner in life and work, Sandra Leuba, and their two young children.

Filmed over 5 years, Surviving Bokator is a heartfelt story about reclaiming cultural identity and building bridges between generations. It is told through the struggle of an elder genocide survivor to resurrect a traditional Cambodian martial art and preserve it in the nation’s youth.

Through their journey, the film gets to the very heart of the generational fracture happening in Cambodian communities around the world today, between genocide survivors determined to revive and maintain old ways and Cambodia’s youth who want to make them new.

While working in Cambodia on a martial arts segment for an experimental short film, I stumbled upon the story of Grand Master San Kim Sean and his mission to rescue Cambodia’s ancient martial art of Bokator from extinction. Kim Sean referred to his mission as “surviving bokator” for the next generation.

Immediately I felt compelled to document this burgeoning grassroots movement of restoring Cambodia’s culture. I was fortunate to find compelling characters, each with their unique motivation and backstory. Bokator (which has its techniques carved on the walls of the Angkor temples) became a metaphor for Cambodian’s collective strength, which was taken from them during the 1970’s cultural cleansing by the Khmer Rouge, the regime systematically executing practitioners of traditional arts, among many others.

However, with determination and strength of spirit, Cambodia has been undergoing a cultural renaissance. This story is an inspiring catalyst for the change that I wish to see worldwide, the ability of a people to steer through adversity and to recover from devastating loss.

Despite the mission of the film being about reviving an ancient martial art, it is not a fight film. It is an intimate personal narrative that also represents the broader story of a post-war nation struggling to rebuild its traditional identity. This appeals for a wide audience, documentary lovers, people interested in foreign cultures, but also people who themselves or through their nation experienced tragedy and the need to rebuild.

Thank you for your consideration. We would be honoured to premier our film at your festival.