TESTIMONIES OF A MASSACRE: TULA TOLI 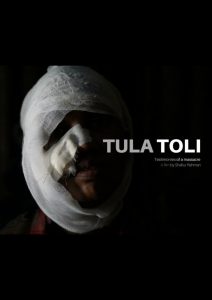 Filming in the border areas between Myanmar and Bangladesh and also the Rohingya refugee camps, Shafiur Rahman encountered survivors from what is likely to be the worst massacre of the Rohingya crisis of 2017 – Tula Toli. The film shows distressing images from the border as well as harrowing interviews with refugees who describe mass killings, including the killing of children, rape, and the destruction of entire villages. This film is the first documentary to discuss crucial evidence of pre-planning of the massacre on the part of the Myanmar military and officials designed to drive the Rohingya from their ancestral land. The crisis itself has resulted in well over half a million people, mainly children, fleeing their homes and becoming refugees. 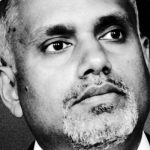 Shafiur Rahman specialises in documentary films dealing with human rights. With a background in political economy, he has produced award-winning documentary films on migrant labour and stateless people. Starting December 2016, he has been filming in the border areas of Myanmar and Bangladesh following the Rohingya crisis, witnessing key moments over a period of 13 months.

As I have been an asylum seeker myself, both in Germany and in Sweden during the eighties, I’ve eagered to tell this story for many years. I still remember the feeling of void lying taped to a thick metal plate under a truck throughout the whole of Turkey. It’s the images stuck to our memory forever that forms the stories we tell forward and the way we tell them.
Being a contributor to the Swedish society of today and watching the result of the sea of refugees fleeing wars similar to the one I escaped, I became determined on telling the story of many people around the world today, suffering under “safe” conditions in the great western sanctuary.
This film has no political view point, nevertheless we (the SANCTUARY staff) think it is high tide for the politicians to refurbish their guidelines regarding treatments and case proceedings of todays so called illegal immigrants.
According to an alarming press release from the German Parliament last year in Berlin, Germany received around 1,3 Million refugees in 2015 – 500.000 of these became paperless because of registery delays, errors, and people deliberately avoiding the state registry.
A paperless person’s presence, rights and values has been made transparant by our democratic society of human rights, but the consequences of our actions and the growing volume of paperless people will soon hit us all as like a thick brick wall.