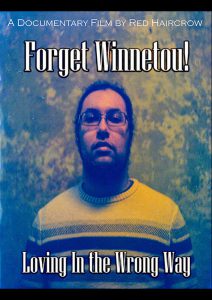 Most films about Natives concentrate on European narratives or indigenous experience in North America but there are Natives abroad and being “loved in the wrong way” in “Indian crazy” Germany has many forms. Germany is a microcosm of struggles taking place across the world both against and for decolonization; for correcting white privilege and supremacy that’s divided and helped destroy our world. We explore the roots of racism, colonialism, and appropriation in Germany from a rarely considered perspective: The Native American stereotype they adore.

While some may think this a niché topic or film, the same mindset and spirit that excuses or minimizes indigenous rights to self-representation are often those who also target and demean women, GLBTIIQ people, the disabled or economically challenged. It is a practice and viewpoint that also sees nature, our world and animal kingdom only as tools or things to exploit for self-gratification and profit. This is intersecting oppression.

SYNOPSIS: “Indians feel no pain!” and “No ‘firewater’ for you, it makes your people crazy!” are comments Natives living in Germany may still hear daily, such as Gerald “Kunu” Dittmer (Ho-Chunk). He grew up in Berlin and has experienced a range of “treatment” from shallow adoration of his “Indianness”, to antagonism and resentment of his heritage, especially if he didn’t oblige requests to meet white German expectations.

Viveka Frost (Teques/Caribe) has a somewhat different experience. She frequently receives compliments on her attractive features, but only those resembling white standards of beauty, while her husband Johnny (Purepecha/Mezica) regularly endures hateful comments, such as neo-Nazis yelling at him on the street as he strolls his daughter, that he shouldn’t have been allowed to procreate. Many Germans assume he is Roma, another historically vilified and/or stereotyped people in Europe. The young couple worry what the future holds for their two-year old daughter, Wednesday, in an increasingly aggressive, racially divided Germany where favored foreigners are popular, like American Indians of stereotypical appearance, but other people of color experience “Alletag Rassissmus” or “everyday racism” affecting all aspects of their lives.

It may be the only film of its kind, for we explore the roots of racism and colonialism, apathy and adoration in German society from Native perspectives and through their experiences. Germany is a microcosm of struggles taking place across the world both against and for decolonization, and the correction of systematic racism and white supremacy that’s still dividing and destroying our world. 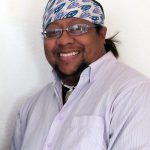 This film project was a particularly difficult one both for myself and many of the participants to film and complete, as it was both a personal and professional endeavor. Every day we live with the effects of racism, cultural appropriation, white supremacy and stereotyping based on our ethnic heritage, then as filmmakers face critique and rejection of work deemed irrelevant to society as a whole, but which is deeply affective to millions of people.

At all levels throughout the world, we see the minimization and dismissal of Native/Indigenous issues, trauma and the seriousness of stereotyping and other racist and discriminatory practices. The systems and structures in place, and the mindset behind their creation, supports this minimization and even the gaslighting of minority groups. This is contributing to and reinforcing the new rise of normalized xenophobia, misogyny, ableism, trans- and homophobia. In this age of climate change, such attitudes are also behind the downplaying of deadly events and issues primarily people of color and redeveloping regions or countries are facing at a rapid rate. It is the prioritization of modern white Europe and its former colonies’ gratification, history and knowledge over all others.

I didn’t know several of the Native participants prior to starting this project yet many became close friends. Most are also a part of demographic groups such as the disabled or GLBTIQ communities, so we’re tackling intersecting oppressions, too. Whether our film ever receives any recognition or acceptance, as I’m fully aware of the apathy many feel about such topics, I consider its completion a triumph. I am proud of those who came forward to share their stories in the hope of restorative justice and the healing of our societies and our world, so that all children can have a better future. I am thankful to have been able to meet them, and despite great personal hardship during its filming, it was imperative for me to make this film.