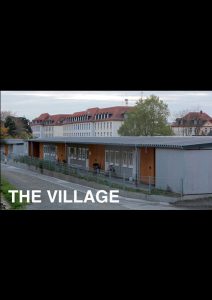 Three refugees describe their experiences of gaining their freedom and their lives in The Village, a safe haven in the picturesque town of Darmstadt, Germany. The Village houses the most traumatised refugees arriving in the country, and offers them mental health support to help them overcome their experiences and to take the first steps of their new lives in Germany.

Rose is a director and producer based in London. She has worked at Russia Today as a broadcast journalist and has also gained experience at the BBC, Sky and ITV, as well as independent production companies. She is currently working on a feature film about a team of extraordinary mothers in a township in Johanesburg (www.1001daysmovie.com). She Produced a documentary for the Guardian, which was screened at the London Short Film Festival in 2017. She also edited ‘Born behind the wall’, a documentary about pregnant mothers living in Gaza, which was nominated for best documentary at the BFI Future Film Festival. She has just completed a PhD on an intervention aiming to promote bonding between mothers and malnourished children in Ethiopia. She previously worked for a children’s mental health charity producing multimedia content. She has a PGDip in Broadcast Journalism from City University and her undergraduate degree was in Social Political Sciences at Cambridge.

Laura is a passionate and curious filmmaker. She started out as a news journalist working on foreign stories in Buenos Aires, Moscow and London but wanted to delve deeper into stories. She is now a filmmaker and has made documentaries for various broadcasters including Channel 4, Netflix and National Geographic. Laura is interested in character led-documentaries and has made films on a diverse range of subjects from children’s social services to a prostitution in LA and the international trafficking route of cocaine from both sides of the law. Through this work Laura has travelled around the world and is familiar with working on sensitive subjects with vulnerable contributors. Her latest project is making a film for the International Rescue Committee in Ethiopia. This will be focussing on the positive reliance of adolescent girls in a refugee camp at s time of violent conflict.